The bypass is a surgery that causes restriction of food consumption for reduced stomach size and nutrient malabsorption also a deviation from the path of the small intestine. It is performed by laparoscopic surgery, the first step is creating a very small stomach, was subsequently connects a portion of the small intestine (food handle) the rest of the stomach remains in the abdominal cavity, the distal part of the stomach that it becomes duodenum (biliary handle), it is connected to the middle part of the intestine so that bile can pass.

Thus a shortcut the passage of food through the intestine is created and thus the absorption of nutrients is decreased. It is very important that patients undergo a regimen of vitamin supplements subsequent surgery to ensure healthy weight loss. Is considered the gold standard of mixed procedures, it involves the creation of a gastric pouch of approximately 20-60 ml capacity which is connected to the small intestine through anastomosis shaped and thus decreases the surface absorption from the gut in about 30% full. The average weight loss in 12 months is greater than 70%.

Gastric bypass surgery, a type of obesity surgery that alters the digestion process. It is the oldest operation is performed since 1966, it has passed the test of time, being the only operation that has been performed for more than 30 years. He is considered the “gold standard” of obesity surgery and in recent years have improved many details that make it more safe and effective. It is the most recommended surgery in patients with type 2 difficult to control diabetes and in patients with severe reflux, as these two conditions improve immediately, due to the rapid passage of food to the intestine is no release of substances that help control diabetes and in relation to this improvement reflux because bile secretion no longer passes through the stomach but directly into the intestine. 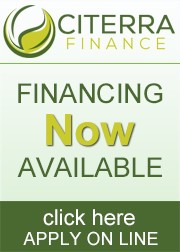